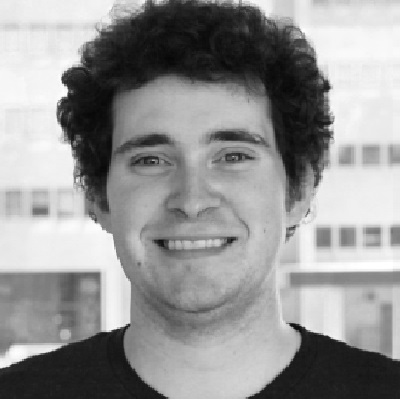 I create art through interactive applications. These typically involve collaboration with others and mixed-initiative systems.

Blue Link City - 2018. Blue Link City is an interactive Virtual Reality experience that shows content from Reddit organized in a cityscape. We used big data and visualization techniques to spatialize communities and incorporated live social media content. We published this paper at IEEE VR as a poster.

Doorway to the Soul - 2015. In 2015, I collaborated with Jamie Zigelbaum by creating a Mechanical Turk sourced for live video. The Doorway to the Soul is a sculpture with mounted screen displays near-realtime footage of crowdsourced participants at their webcams. “Two people, standing face to face, looking each other in the eyes. Today one has to ask: can they see me?”.

Dialogue / Sense Squares - 2013. As part of course on Interactive Performance and Technology, I collaborated with artists and Computer Scientists to create an interactive dance performance that sensed audience activity. You can see a small part of the report and watch the video below, which was presented in the course and VIZAGOGO.

The Frog - 2012. The Frog is an iPad app I designed for my two year old in 2012. In the game, the player can control a frog’s tongue and eat bugs. I paid careful attention to how the tongue is activated by touch. An infant can either tap or drag their finger across the screen to see the tongue reach out, watching it retract when as it makes contact with a bug. Overall, this game more than 500 downloads on the iOS App Store. You can see people talking about it in this old Reddit Thread.

tpoem - 2010. tpoem is a creativity support tool created for writing poetry or lyrics. As a user starts writing down lines to a song or poem, rhyming words show up on the side. tpoem provides calm suggestions for rhyming words, but also provides an elegant solution for breaking fixation. Double clicking a word copies the word and adds it as a word leaf in the tea cup to the left. Synonyms steam up from the cup, which can contain up to three words, and travel lazily up the screen. This provides a nice juxtaposition of words that can inspire users. tpoem is currently broken, but you can see a video demo below.